Visual Attention in Birds and Primates

Animals are continuously bombarded with visual information from their environment. Due to neural processing limitations, animals must selectively filter this information by directing their attention to relevant information while ignoring the rest. We study how animals employ visual attention in complex sensory environments to make decisions that influence their survival and reproduction. 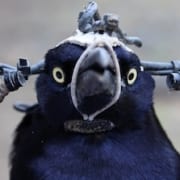 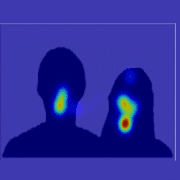 Mate-choice copying occurs when animals rely on the mating choices of others to inform their own mating decisions but the proximate mechanisms underlying mate choice copying remain unknown. To address this question, we tracked the gaze of men and women as they viewed a series of photographs in which a potential mate was pictured beside an opposite-sex partner; the participants then indicated their willingness to engage in a long-term relationship with each potential mate. We found that both men and women expressed more interest in engaging in a relationship with a potential mate if that mate was paired with an attractive partner. Men and women’s attention to partners varied with partner attractiveness and this gaze attraction influenced their subsequent mate choices. These results highlight the prevalence of non-independent mate choice in humans and implicate social attention and reward circuitry in these decisions.